This July I had the privilege of learning the pleating technique Madame Gres used from Madame Pico, a seamstress that worked in her couture house until it's close in the 1980's.

This is the leaf detail I completed in about 6 hours of sewing. 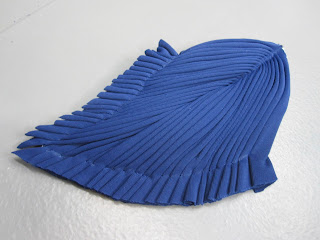 An entire dress made using this technique took professional sewers an average of 300 hours to complete, and would cost about as much as a new car. Through pleating she reduced yards and yards of specially produced silk jersey to mere inches. Her customers included Jackie O, Grace Kelly, and Jane Birkin (who Mme. Pico revealed came to her fitting sans undergarments.)


Here are segments of an unfinished Mme. Gres bodice to give you an idea of the construction. 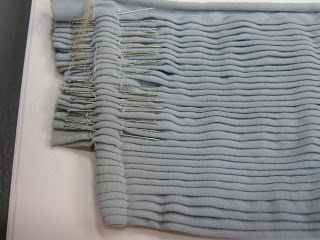 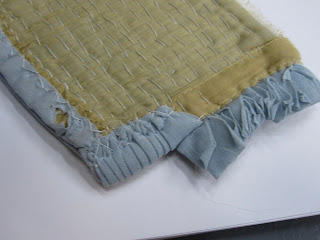 While in Paris, I attended a retrospective of Madame Gres' work at the Musee Bourdelle, pairing her draped statuesque dresses with Bourdelle's sculptures. I took a lot of pictures. 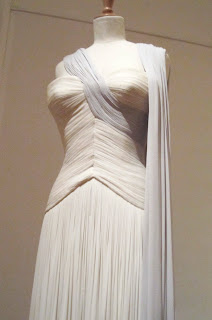 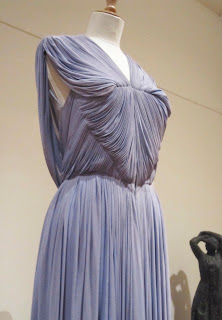 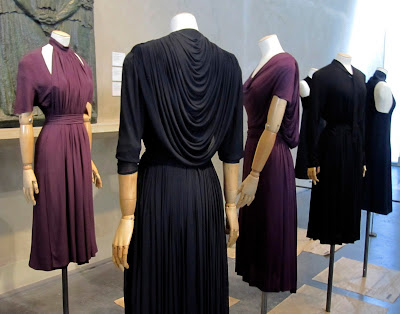 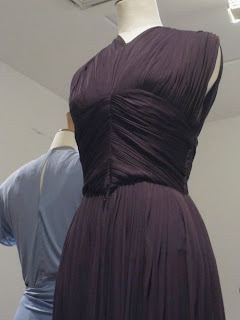 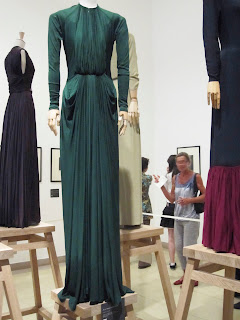 Madame Gres started her career as a sculptor and turned her talent towards making dresses. She opened her couture house in 1942 and stuck to her principals of making high end, timeless designs till she went bankrupt in the 1980s. Her perfume sold well, but she was unable to adapt to a ready to wear world. She was devastated by the bankruptcy. The police came to her studio and burned all her unfinished dresses, dress forms (which she had specially made for her clients' proportions), and supplies. Some of her sketches and notebooks were saved by her sewers, but much was lost forever. It was wonderful to see her work honored at the exhibition.
Posted by Anna at 8:22 PM

Email ThisBlogThis!Share to TwitterShare to FacebookShare to Pinterest
Labels: fashion